SIZE, NOT BODYBUILDING.  STRENGTH, NOT POWERLIFTING

This is going to be a little rudimentary for my regular readers, but it’s something I’ve been observing a lot of recently and it needs to be addressed.  We once again witness the human folly of attempting to rapidly classify a complex idea into a bite size digestible chunk as it relates to training, and specifically training for the goals of being bigger and stronger.  People take too quick a shortcut here and think “I want to get big, bodybuilders are big, so I want to train bodybuilding” or “I want to be strong, powerlifters are strong, so I want to train powerlifting”, and it ends up going in such weird directions that a trainee who is all full of energy and enthusiasm just ends up spinning their wheels and achieving zero goals.  Once again, I offer you a plea to not make this so complicated. The only reason you should be training like a bodybuilder or a powerlifter is if you are competing in bodybuilding or powerlifting. 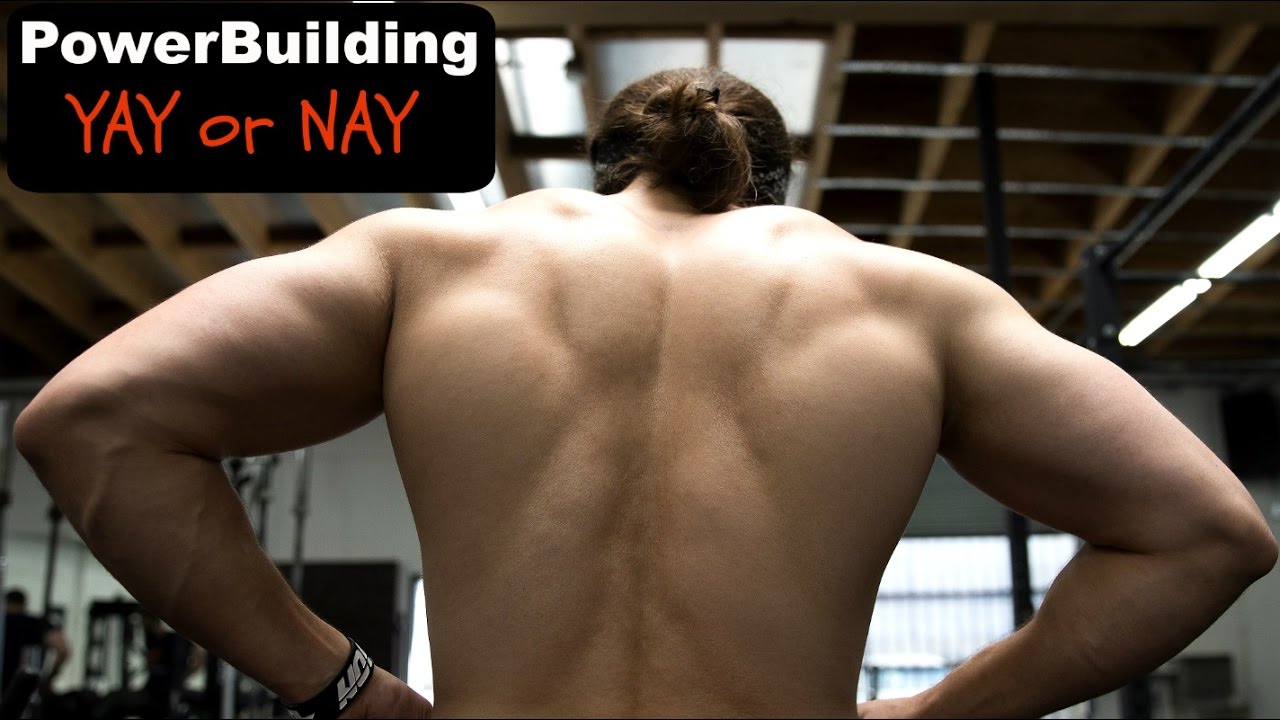 Let's go with "nay", unless you have a powerbuilding meet coming up


Let’s clear this up right now; bodybuilding is not the sport of getting big, and powerlifting is not the sport of getting strong.  I know I just blew some minds with that, so allow me to clarify.  Yes, you need to get big to successfully compete in bodybuilding, but there is MORE to the sport than that, and, in turn, MORE to the training than that.  Specifically, in bodybuilding, you have to get big in the right spots in order to create an illusion of being even BIGGER than you actually are.  This is why a tapered waist is so valuable; it makes shoulders look even broader.  A quad sweep makes the quads look larger.  These are all very fascinating things to consider when you are going to step on a stage and do your best to make yourself look as big as possible to win against your peers…but do you need to care about it if you want to get big?


Hell no!  Getting big is super simple; people have been doing it for centuries.  You just need to lift weights, eat food and sleep.  That’s it.  Someone, everyone who HASN’T read an internet article of book knows this.  My dad never read anything about training, but he knew that lifting weights got you big because he watched Pumping Iron and had a buddy in basic training that lifted weights.  My grandpa never lifted a weight, but he knew lifting weights got you big because it was a thing you just knew.  But somehow, with all of our education, people have deluded themselves into believing that there is some sort of secret combination of reps and sets out there that you have to pair together JUST right with the exact perfect amount of volume and bodyparts split or else, no matter how hard you try, you won’t get big.  Jesus man, look at all the programs John McCullum wrote about in his “Complete Keys to Progress” series, or the Perry Radar routines, or Stuart McRobert’s stuff, or all the crazy things guys like Sandow or the Saxon trio were doing.  It ain’t that hard; lift weights, eat and sleep and you’ll get big. I'm just saying; compare his strength score to his intelligence


Do you need to be strong to compete in powerlifting?  It certainly helps, yeah.  A strong powerlifter is going to have a solid shot at winning...but that’s not the only thing a powerlifter needs.  A powerlifter needs to also be SKILLED, both at the execution of a lift (to include all the various powerlifting tricks regarding reducing ROM as much as possible while aligning oneself into the best position to maximize leverages) and at the ability to handle maximal poundages.  In addition, a powerlifter needs to know how to peak for a meet, such that they properly manage fatigue in their training that they are able to keep maximizing their ability to lift maximal loads while still being able to show up on meet day not excessively fatigued to the point that it interferes with training.  Do you, as a trainee, need to care about all that if your goal is to get strong?


Hell no again!  Wanna know how to get stronger?  The answer may shock you.  Lift weights!  Once again, everyone ELSE seems to understand this, and these people don’t even lift!  It’s a cliché’ at this point.  “Man I’m weak; I need to go lift weights.”  Why can’t our super educated masses on the internet seem to grasp this?  You don’t need a peaking phase, you don’t NEED idealized frequency, you don’t need to monitor volume, you don’t need to hit some sort of golden ratio between big 3, you don’t even NEED to do the big 3 itself; you just need to go lift some weights! 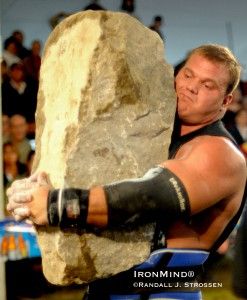 It doesn't even need to be a barbell


I’ve beaten this drum so much, but its truth; getting big and strong is NOT that complicated.  In fact, it’s the exact opposite.  The “dumb jock” stereotype is a stereotype for a reason.  You REALLY don’t have to be smart to get big and strong; you just have to work harder than everyone else.  Hard work takes no talent, it takes no intelligence, and it takes no skill; it just takes drive.  It takes a willingness to say to the world “f**k you; I CAN” when others say you can’t.  So many great athletes got there simply because they were willing to do what others weren’t, and for many, it means simply showing up, working hard, and repeating for years on end.


People make up rules because they don’t want the answer to be effort.  They come up with the craziest ideas.  “I know my program has me lifting 3 days a week, but I’m still sore from yesterday.  I heard from somewhere you shouldn’t train when you’re so, so I’m going to rest until it goes away.”  Are you insane?!  Keep training!  Where did you get this rule from?!  “I heard you have to train the same bodypart 2x a week for optimal growth, so I can’t follow this program that works for everyone.”  Are you nuts!?  Quit making up rules and go train! 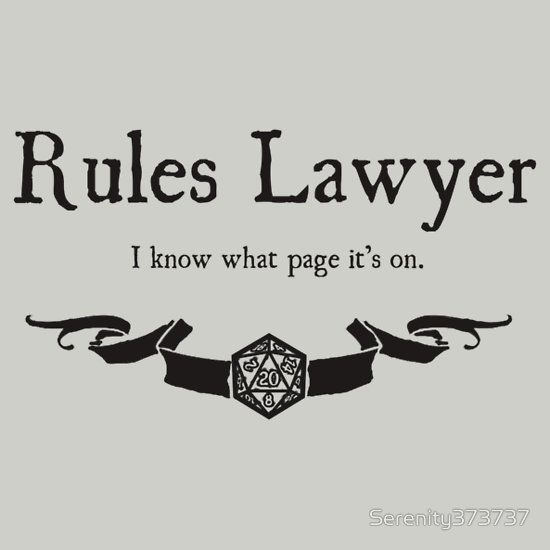 
And this is why people can’t wrap their brains around effective programs designed for getting bigger and stronger; they try to evaluate them like they’re bodybuilding or powerlifting program.  It’s no secret I’m a fan of 5/3/1, and that’s because it’s exactly what it is supposed to be; a simple program for getting bigger and stronger.  And then people evaluate it like a powerlifting program and say “it can’t work; you only bench once a week”.  Hey chief, that’s cool if your goal is to set a PR on a max bench single, but if you want to get strong, benching once a week is dandy, because it means you can spend the rest of the week getting stronger.  “5/3/1 can’t get you big because it doesn’t have the right amount of volume.”  Jesus man; how did you calculate the volume on the conditioning work?  How did you calculate it on the jumps and throws?  It’s not a bodybuilding routine; you’re doing more than lifting weights.  And the same is true for other established “get big and strong” programs, like Juggernaut Method, Westside Barbell for Skinny Bastards, Super Squats, etc etc.  You can’t evaluate these as bodybuilding or powerlifting programs because that’s not what they are, but at the same time, you most likely ALSO aren’t a bodybuilder or powerlifter, so why do you care?


You don’t need to train like a bodybuilder or a powerlifter; you just need to go lift.


And your conditioning sucks.
Posted by Emevas at 7:15 PM